My name is Robert and I love being creative in the kitchen.

Where did my passion for food and cooking come from? I was born and raised in Hungary, where I was fortunate to enjoy my grandmother’s cuisine every day for lunch. In 2002, at the age of eighteen, I moved to Erlangen, Germany for my studies in computer science. Away from home this was the first time in my life I had to take care of my household and cater for myself. First, I started with pasta and tried out all prepared sauces I could get. This was a pretty short period of two weeks only, because I didn’t like any of them. So I set out to cook my own tomato sauce, then I tried variations and also other sauces, grilled some pre-marinated meat, roasted potatoes, and well, that’s how I started cooking. At one point I realized, that I could try anything now, because if the dish turns out bad, then I’m the only one who has to eat some dry bread instead. Based on this liberating thoughts I began to experiment with ingredients and recipes – purely self-educated through trial and error, which I have to admit was a pretty hard way. So, now you know, I’m not a professional chef by trade. During the first year I was pretty unsuccessful, e.g. did you know that burning pork belly to ashes smells like coffee? But mistakes are great, because you learn a lot by making them yourself as opposed to only others telling you. 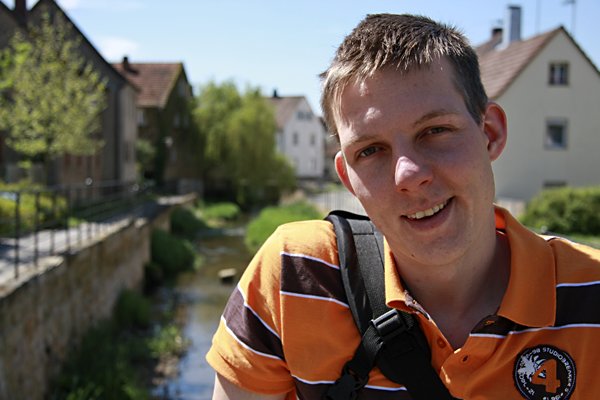 In 2006 I started my Hungarian foodblog kísérleti konyha (experimental kitchen) which became quite popular in Hungary. Throughout the years my cooking style evolved from mixing together literally dozens of components to more sophisticated and thoughtful dishes. There is no clear style I could assign to my dishes, so that’s why the blog is also called myBites: it’s simply my free kind of style. Today, I almost never cook following a recipe but rather develop my own dishes based on combining already learned or self-experimented components. My biggest inspiration sources are the local market with its fresh goods, The Flavor Bible by Karen Page and Andrew Dornenburg (a great book listing almost all ingredients and their ideal pairings) and the recently renewed Foodpairing website (listing flavor combinations based on the chemical compounds of ingredients).