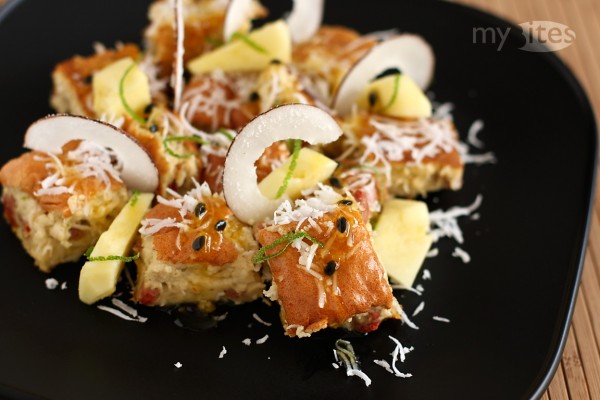 END_OF_DOCUMENT_TOKEN_TO_BE_REPLACED

The final dish of my meatless menu for the 2011 ZEITmagazin cooking competition is a variation of strawberry. I usually make the cake using rhubarb instead of strawberry and yoghurt for the mousse, but unfortunately the rhubarb season was already over when the competition was held. Because Goji-berries are about the same size as raisins, I used them similarly by soaking them in rum and adding them afterwards to the sponge cake base. Already in the cake alone there are three variations of strawberry present: diced and orange liquer marinated strawberry pieces, a light strawberry-yoghurt mousse and a quarter of raw strawberry at the top. 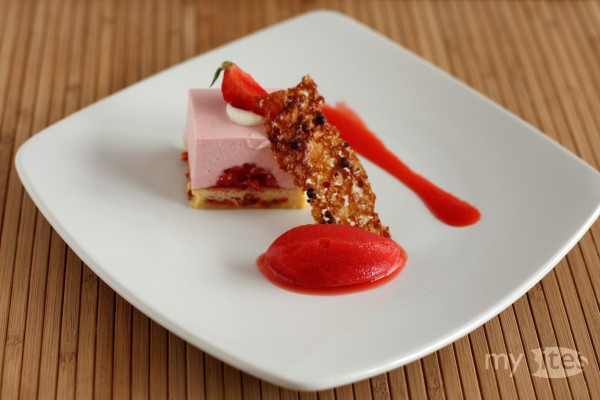