About one year ago, when Phaidon released the revolutionary cookbook Noma by René Redzepi, they also prepared a few short videos for promotion purposes. These short videos show Redzepi foraging and cooking four of his dishes – which actually aren’t featured in the book itself. The videos and the book both try to transmit and deliver the path to the development of new dish and the main idea behind the restaurant Noma. 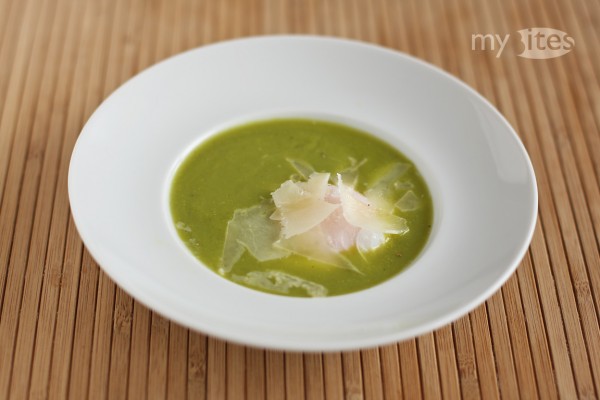 In Noma only seasonal ingredients from local produce are used. Many of them are wild plants and animals foraged in the close surroundings of the restaurant. Through this approach the guests can experience the actual time and place (“right here, right now”) on the plates. This lateral and new way of thinking became famous under the phrase “Nordic cuisine”, which is unfortunately not the perfect term. Neither the book nor the videos tell us to use Nordic ingredients all over the world, but rather to go out in the close surroundings throughout the year and (re-)discover local ingredients, local techniques and (re-)build relationships with local farmers. Every corner of this world has the potential for a vivid and diverse regional cuisine which can be experienced only at the given point in time and place. The main difficulty to overcome is the luxury of getting any main ingredient from all over the world within a few days. Forgetting all the imported ingredients and thinking only in locally sourced plants and animals requires a lot more creativity, but it can really drive forth the local or even the national cuisine. I recommend both the book as well as the videos even simply for capturing this way of thinking.

In the last video, Redzepi grilled a bunch of green asparagus and juiced them while still warm. He used this stock thickened with spinach puree as a sauce for the grilled white asparagus. According to his comments, the green asparagus developed quite complex flavors during the grilling process, which resulted in a juice, that resembled the presence of a meat stock.

Eggs and some kinds of cheese, like parmesan or pecorino are traditional accompaniments of asparagus. Based on this traditional pairing and the idea above I created a very simple dish. I poached some local farm eggs and poured the grilled green asparagus over it. As a final touch I added a few shavings of local old goat cheese. 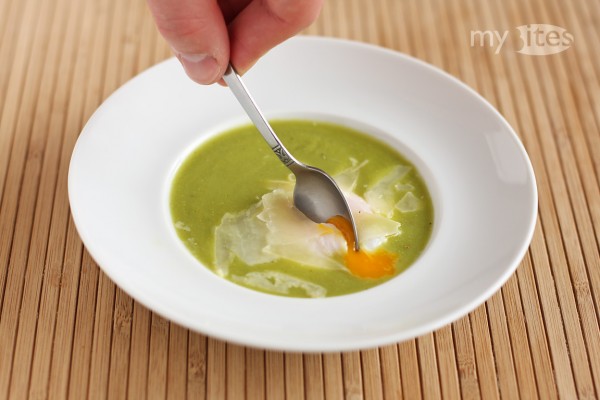